Cassell's Family Magazine represents one stage in the lengthy evolution of a publication.  It began in 1853 as Cassell’s Illustrated Family Paper, became Cassell’s Magazine in 1867, and Cassell’s Family Magazine from 1874-1896, after which it became Cassell’s Magazine again. Our collection includes the complete 1874-1896 series.  CFM was a general-interest magazine with a heavy emphasis on women’s and family topics, including fashion, cooking, housekeeping, child-rearing, etiquette and more. Other topics included travel, history, folklore, health, etc. The magazine also included short and serialized fiction and poetry.  A column of particular interest is “The Gatherer,” which offered an illustrated monthly roundup of the latest scientific discoveries and inventions. CFM annuals ran from December through November and were not actually numbered, though we’ve included volume numbers here for ease of reference. 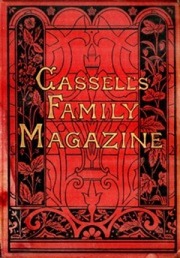 Uploaded by victorianvoices on October 17, 2020